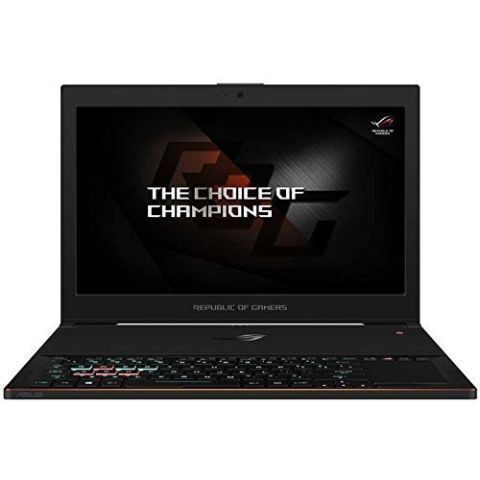 Get Your Work Done With ASUS Laptops and Netbooks

ASUS Tek, a Taiwanese company, is a large developer of computer hardware. Founded in 1989, the company produces laptops and netbooks as well as desktops, servers, tablets, routers, projectors, and other accessories. ASUS laptops are available on eBay in new, used, and preowned conditions and come in a variety of sizes, hardware capabilities, and performance levels for your computing needs.

How many different types of ASUS laptops are available?

ASUS sells many different lines of laptops and notebooks, each of which is designed for a different set of consumer needs. The ASUS EeeBook series, which was first released in 2014, is a lineup of affordable, mid-level Windows notebooks, later superseded by the ASUS E Series. The ZenBook series is a lineup of ultra-small, low-bulk notebooks ranging from 12 inches to 15 inches in size. First released in 2012, the ZenBook features a power-efficient design and a durable, high-quality brushed aluminum chassis.

The largest brand of ASUS laptops is known as the VivoBook. These notebooks come in many different series, including the E Series, F Series, S Series, and Max Series. Some of the ASUS notebooks contain an Intel Celeron processor with 2 GB of RAM while others have an Intel Core i7 processor with up to 16 GB of RAM. The ASUS VivoBook 4K is different from the rest of the Vivo series because it was designed specifically to showcase its 4K-resolution screen. ASUS 4K display contains four times the number of pixels of a 1080p display as well as a wider color gamut and a large viewing angle. Some other models of ASUS laptops and netbooks may include:

ASUS produces an entire line of gaming laptops known as the Republic of Gamers, or ROG for short. First created in 2006, ASUS ROG laptops are designed for high performance, especially when it comes to graphics. They combine cutting-edge technology with convenience and portability. For example, the ROG Chimera features a 17.3-inch display, an Intel Core i7-7820HK CPU, and an NVIDIA GeForce GTX 1080 graphics card. It is capable of rendering a frame rate as high as 144 FPS. Moreover, ASUS ROG hardware is easy to overclock, allowing you to unlock higher levels of performance beyond its base clock speed.

Does ASUS produce any Chromebooks?

Yes, ASUS does design and sell its own line of Chromebook laptops. A Chromebook is a unique type of computer that features a Linux-based Chrome OS, which is based on the Google Chrome web browser. Google and Android web apps are built directly into the operating system, so you can quickly run Gmail, Amazons Cloud Reader, Netflix, Hulu, the New York Times, and many other apps. The Chromebook comes with a small hard drive but supplements it with additional storage space in the cloud-based Google Drive.

Discover the perfect backpack, dorm room decorations, study supplies and great Asus laptops to prepare for going Back to College.

Content provided for informational purposes only. eBay is not affiliated with or endorsed by ASUS.