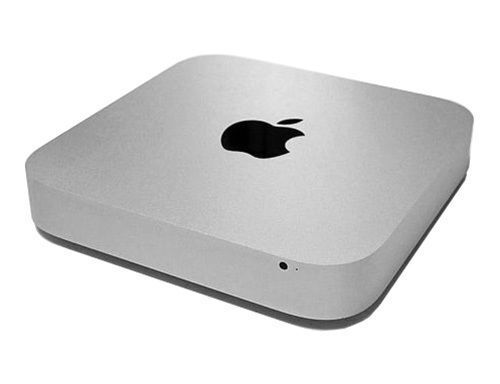 The Mac Mini is a desktop computer that was designed by Apple as an entry-level device in the Macintosh lineup. First released in 2005, the Mac Mini emphasizes convenience over raw power. The computer has received several revisions over the years and the most recent version was released in 2014 with more features.

How big is the Mac Mini computer?

The Mac Mini is only 7.7 inches square and 1.4 inches tall. Regardless of which version of the computer you get, its dimensions remain the same. The small form factor of the computer is one of its top selling points. Weighing a mere 2.7 pounds, the computer was designed to be easily transported almost anywhere. The power supply is built right into the computer, so there is no bulky brick of a power-supply adapter to contend with.

What kind of features does the Mac Mini offer?

Apple released several different versions of the Mac Mini desktops since 2005. Each one features different components and power levels. Each computer contains almost all the functionality of a standard desktop computer, including a modern CPU, GPU, hard drive, ports, and air vents. The original release version contains a PowerPC G4 processor. Apple later switched to an Intel Core processor in 2006. A dual-core or quad-core Intel Core i5 or i7 processor powers the most recent release version with 4 to 16 GB of DDR3 RAM of memory available depending on your configuration needs.

Does the Mac Mini come preloaded with any software?

This version also features an Intel Iris 5100 Graphics or Intel HD Graphics 5000 GPU. The original release of the Mac Mini had a CD/DVD optical drive; however, in 2011, Apple dropped it in favor of a digital distribution model.

The modern Mac Mini is carved from a solid block of aluminum. The desktop comes in three different models, each of which lets you choose between different types of storage solutions. One model has a 500GB 5400-RPM hard drive, another features a 1TB 5400-RPM hard drive, and a third alternative has a 1TB Fusion Drive. All three models offer an optional Fusion drive or solid-state drive that you can choose as part of your personal configuration choices.

The Mac Mini only comes with the stand-alone computer system. The monitor, mouse, keyboard, and other accessories will need to be acquired separately. All accessories can be connected easily to the computer system through the various USB ports at the back of the computer. The HDMI port enables full compatibility with HDTVs, so the computer will fit in seamlessly with your home entertainment system.