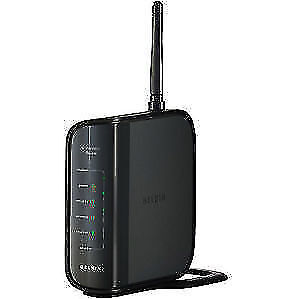 Belkin wireless routers are diverse in their applications and support many different network configurations. These devices are suitable for a casual or advanced computer user.

What are Belkin wireless routers?

Belkin is an American manufacturer that specializes in connectivity devices. Connectivity devices can facilitate an internet connection or connect many different machines in a network. A router is an example of such a solution, and a wireless router lets you connect many different types of appliances without using Ethernet cables. The appliances you can connect in a wireless manner include:

The router product numbers for most router brands, and Belkin routers, in particular, consist of both letters and numbers, such as N600. The N indicates that the router supports Wireless N, which is formerly known as IEEE 802.11n-2009 or just 802.11n and will connect to any machine that supports any IEEE standard up to and including 802.11n, such as 802.11b and 802.11g. The number indicates the megabits per second that the Belkin router can achieve across all bands.

What is a dual-band Belkin router?

What’s the setup procedure for a Belkin router?

Creating a home or office network with a wireless router from Belkin is a user-friendly process, thanks to an automatic setup mechanism. Note that manual setup is available as well.

How is the Belkin router control panel accessed?

Content provided for informational purposes only. eBay is not affiliated with or endorsed by Belkin.