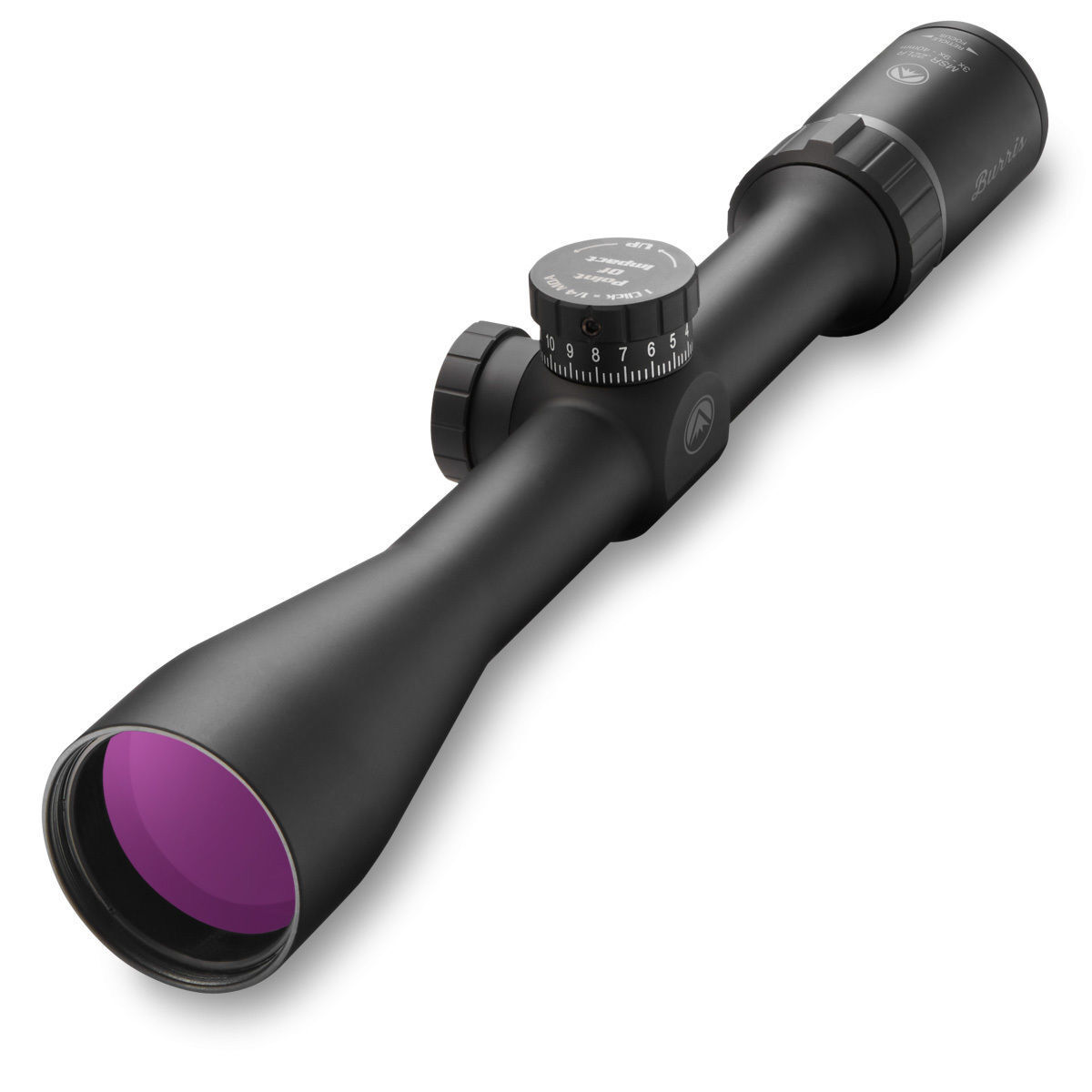 The Burris Optics Company was founded in 1971 by an optical design engineer named Don Burris. Burris hunting rifle scopes are made in a wide variety of styles and magnifications. A hunting rifle scope can assist a hunter in sighting game from a distance.

The large number at the end of the code string, in this case, 30, is the size in millimeters of the larger lens, called the objective lens. The larger the number, the greater the amount of light allowed into the sight picture and the brighter and clearer objects will appear.

What is the reticle?

The term reticle indicates the aiming point. It may take any number of forms including cross-hairs (also called cross wires), a post or posts, or one or more dots.

How do you keep Burris Optics clean?Content provided for informational purposes only. eBay is not affiliated with or endorsed by Burris Optics.