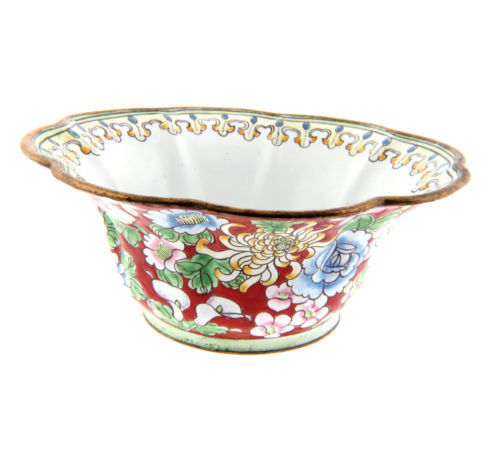 Cloisonne decorative items - vases, pins and jewelry, plates, teapots, and figurines such as dragons - are unique and beautiful works of craftsmanship. While cloisonne is most often associated with Asian pieces, the technique has been used by many cultures and peoples since antiquity. Cloisonne pieces are prized by collectors for their intricate patterns and designs in different vibrant colors.

What is the difference between Chinese and Japanese cloisonne?

Early and middle Japanese cloisonne and Ming dynasty examples share similar traits and can be confused when compared. By examining the following details, you can differentiate between the two:

How do you care for and clean cloisonne vases?

Because cloisonne vases (known as cloisons from the French) are created with enameled surfaces within structured compartments over a metal base, care must be taken when cleaning them. This is especially critical if the item in question is of antique origin. To clean a cloisonne vase, follow these steps:

What are some common Chinese cloisonne designs and pieces?