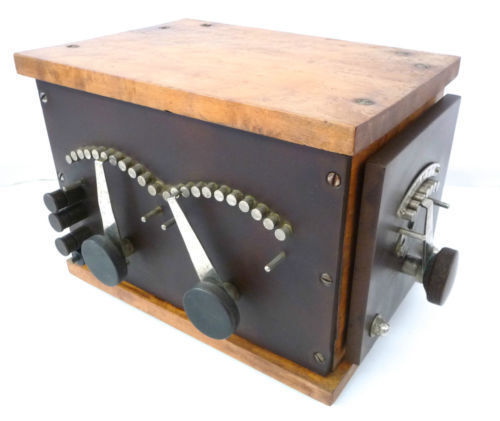 Collectible crystal radios are a part of history. Though not quite as robust or showy as their vacuum tube or transistor counterparts, these devices found their place in our culture by being fun activities the entire family could enjoy. With many still in fairly good condition and made specifically to be easily put together, you should have no trouble finding a working collectible crystal radio.

When was the crystal radio invented?

These transponders were among the first kinds of radios to be invented. While the technology that would go into making this type of device would be discovered around the late 19th century with Karl Ferdinand Braun being the first to understand the properties of minerals and gems and how they could be used in 1874, it wouldnt be until the 1920s when these devices were first manufactured in large numbers.

What powers a crystal radio kit?

These devices are unique in that there is technically no power source to be found inside them. These receivers work via a resonant circuit tuned to a specific frequency, picking up various short-range signals being broadcast nearby to itself. Then, through a semiconductor rock, those waves are translated into noise that you can understand, and the sounds are projected through earphones for you to listen to. These devices can, however, be used as a power source to amplify a second, weaker signal by tuning to a strong signal nearby.

What is considered a collectible crystal radio?

As far as collectibles are concerned, electronics for collectors are those produced at or before the early 1920s. As these models were common toys for children and scouts, you shouldnt have much difficulty finding a vintage device in good condition, possibly even some in their original boxes. You might even find new ones as these electronics are still currently being manufactured in an updated form by several companies.

How does the crystal work in a crystal radio kit?

In a crystal radio, a single semiconductor gem or mineral (galena being a common choice) is used to transform the radio signals your radio can pick up into audio signals you can listen to. The earliest models of these devices utilized a fine wire just touching the surface of the gem, a setup known as a cats-whisker detector, a title from which some of these early radios took their names.

What are the parts of a crystal radio set?

In general, crystal radio sets are made up of five major parts.