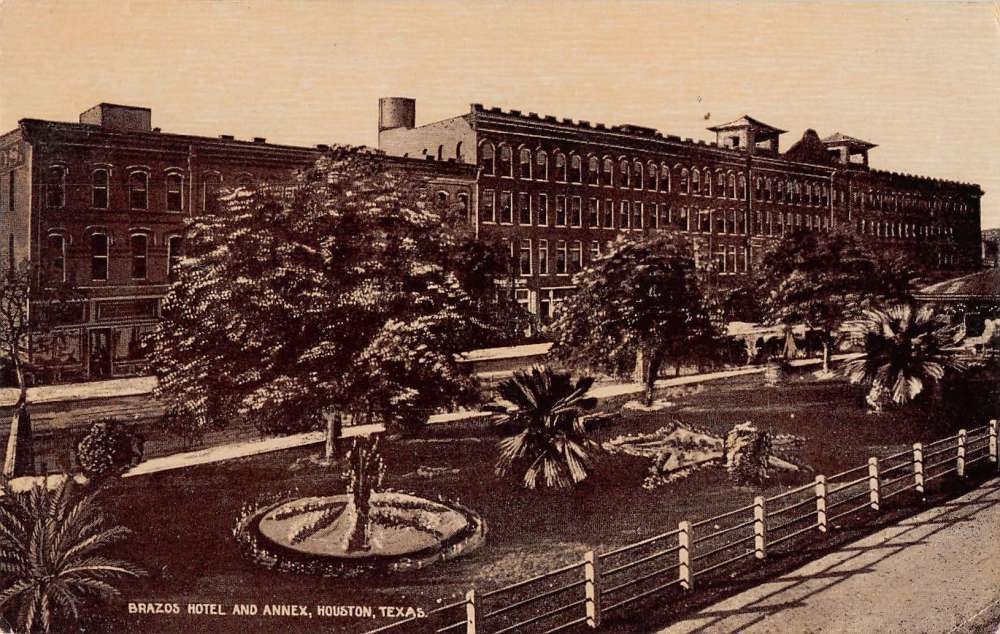 Vintage Postcards: A Bigger-Than-Life Houston Past

The University of Houston has a collection of 243 historic postcards. The photographs, sketches, and painting of cities like Houston, San Antonio, Dallas, and Austin create a visual picture of early 1900s life in the Longhorn State. You can find vintage postcards of Texas landscapes, cities, streets, and Houston, Texas, postcards on eBay.

What are some of the themes of Houston Texas postcards?

Since the day Texas earned its independence from Mexico in 1826, its cities have had a colorful past. Houston, the largest city in the state, is known for its part in the NASA space program, but its historic transition from barren, flat land to a thriving metropolis is a story of its own. Vintage postcards illustrate the landmarks along the way with nostalgic themes like these:

The Tichnor cotton field postcard is one of the 25,000 office proofs in the Tichnor Brothers Collection. The Tichnor Brothers firm, located in Boston, MA, printed linen postcards of vacation spots around the United States, including 894 from Texas. Subjects ranged from a longhorn steer to a portrait of former Governor Allen Shivers. The 1930 to 1945 vintage scenes also depicted other vignettes across the state, such as the following:

The condition, rarity, subject and age of a postcard determine its value. Linen postcards were printed in the United States from around 1930 until around 1950. Prior to 1930, it was too expensive to print on embossed paper. Although they were called "linen," the cardstock contained cotton, not flax, fibers. Linen postcards are valued for their soft focus and muted colors.

When were chrome postcards printed?

Chrome postcards include any postcard with a shiny surface that was printed after 1939. The name, which comes from the trademark Kodachrome, refers to the process used to make the glossy cards. Chrome postcards are still printed and sought after by collectors, especially postcards like these depicting the Texas way of life: