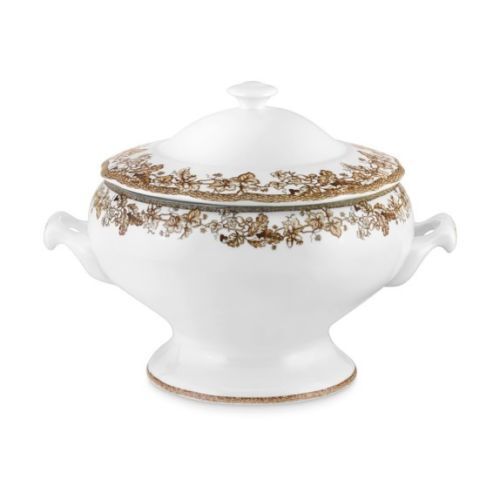 Named after the French earthenware dish called a "terrine," tureens are large serving dishes to hold soup, gravy, sauce, or stew. Tureens can be elegantly simple or give the potter an excuse to add plenty of design elements. Dont be surprised to see a soup tureen mimicking a bunch of asparagus, a head of cabbage, or a brooding hen.

What kind of tureens are there?

Styles include the following and more:

Tureens also come as figurines that look like plants or animals.

What types of materials are tureens made of?

These dishes can be made from any of the following types of materials and more.

Tureen bowls are sometimes also decorated with gold trim. Some come with their own trays and ladles. Knobs and handles are often fanciful and can resemble seashells, flowers, vines, leaves, and real or imagined beasts.