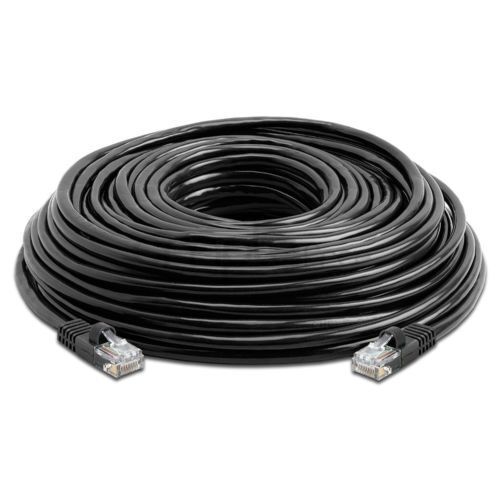 Enjoy a Fast, Secure Connection With an Internet Cable

Internet cables have been around far longer than Wi-Fi and continue to fill an important role in the connectivity of computer networks and systems. An internet cord runs from a modem or router to a port in the computer and another runs between the modem and the router if the two are separate units. With eBays assortment of inexpensive internet cables, you are sure to find the durability and length you need to fill out your network needs.

What is an internet cable cord?

An internet cable, also known as an Ethernet cord, is a technology in the LAN field or Local Area Network. It has the capability of the connection of multiple systems. Ethernet cables provide connectionless communication. Resembling a larger phone cord, an internet cord has eight wires versus the four of a phone cord. It also has a larger plug.

What are the advantages of using an internet cord?What types of cable for internet are there?

When looking at these cords and the array of internet cable prices, the factors are whether the cable is Category 5 or Category 6 (known as Cat5 and Cat6 respectively in most eBay selections). Another factor is the length of the cable.

Internet cable wire comes in two general forms: stranded and solid. Solid cables provide improved protection and moderately better performance. Stranded are more durable and less likely to experience physical breaks and cracks. While crossover cables exist to connect two computers, most cables are between routers and computers, internet cable TV to a router, or a router to a game system. You can find where to buy internet cable of various lengths and types on eBay. Lengths run from just a few feet to internet cable that is 100 feet in length.