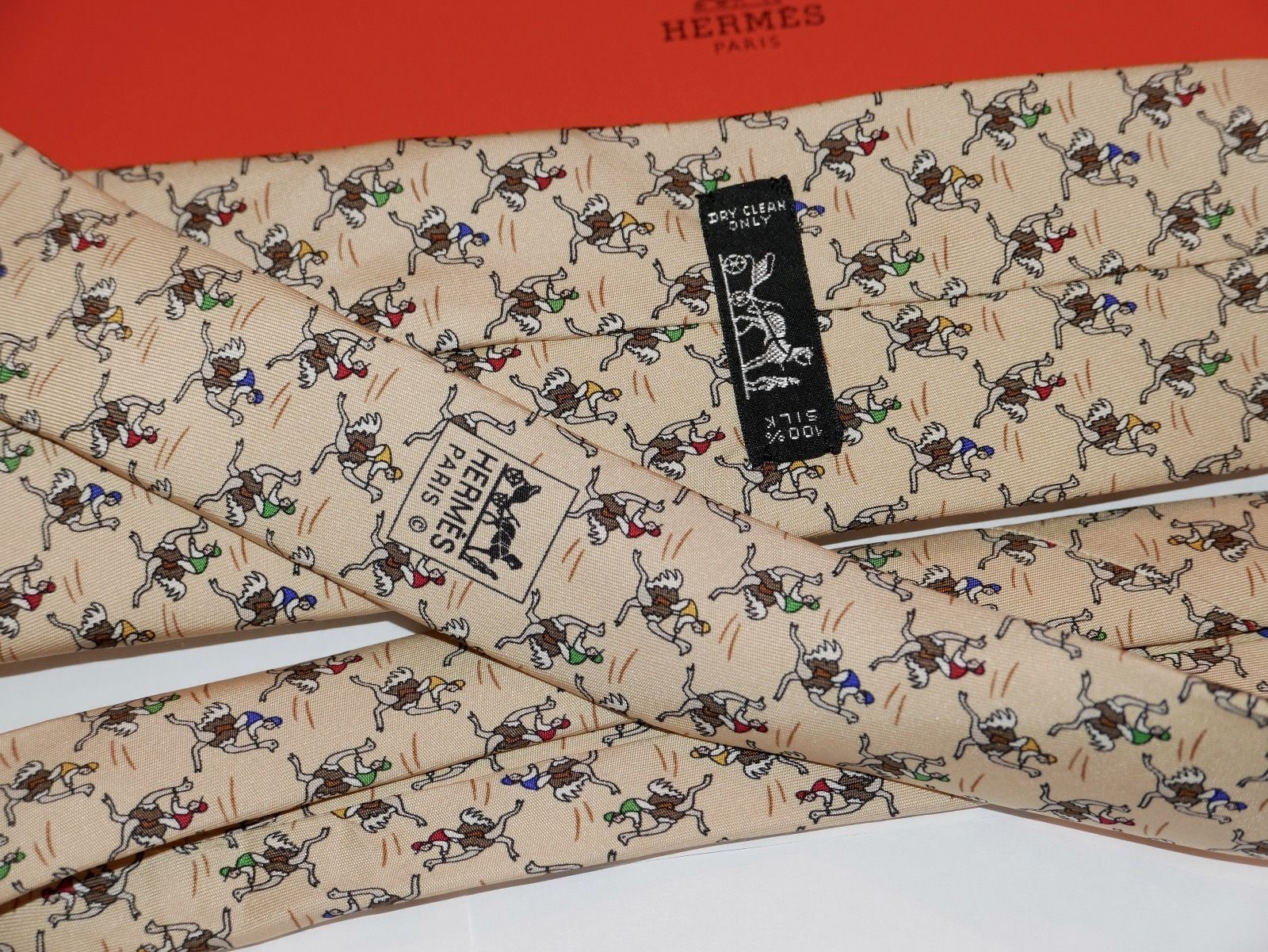 Tie off your sartorially impeccable suit with a full Windsor knot on your mens Hermes 100 percent silk tie to impress at that formal function. A lord among ties, a Hermes tie is certain to make you stand out on occasions where you need to get your message across succinctly.

From its founding in France in 1837, luxury French high fashion brand Hermes Paris strives to accommodate the needs of discerning men and women for whom nothing but the finest will do with satisfactory trappings. Hermes products range from equestrian goods, couture apparel, shoes, bags, and fragrances to fashion accessories, such as leather belts, scarves, and ties.

Why Are Mens Hermes 100 Percent Silk Ties Such a Big Deal?

How Do I Check For Authenticity In Mens Hermes 100 Percent Silk Ties?

The high demand for Hermes ties has, unfortunately, resulted in a counterfeit market that offers substandard ties to unsuspecting consumers. Look for distinguishing features that you can only find on an authentic Hermes silk tie. These include:

Celebrate Memorial Day this year with everything you need for a BBQ and shop for Hermes silk ties and more deals to make the event complete.

Content provided for informational purposes only. eBay is not affiliated with or endorsed by Hermes.