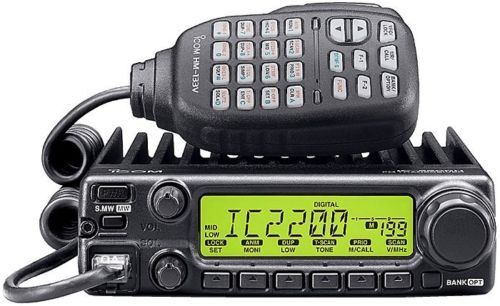 Whether you are preparing for an unfortunate situation where the phone lines are down, or simply taking up amateur radio as a hobby, there are numerous types and models for all ham radio users. They are used all around the world and can be used internationally or domestically. Though ham radio does not rely on the Internet or phone lines, the technology is continually advancing. When all other forms of communication are down or overloaded, ham radio messages still get through.

There are a variety of ham radios, styles, and functions across many brands including Baofeng, Hallicrafters, and Healthkit. Each radio varies in its power and frequency ranges, and it is common for a single ham radio operator to have multiple radios, using each for different frequency bands. As ham radio operators grow in their knowledge and abilities, it is common to start having quite a collection.

Ham radio can be used and enjoyed by all ages, genders, and economic statuses. They are used by rock-stars and missionaries and disaster relief rescue teams. Further, they are a vital part of communication in places and situations where there is no option for phone or Internet. They bring life and help to those trapped outside of regular contact, while also being a fun and exciting hobby for those looking to use them for pleasure and enjoyment. Those involved in ham radio are able to meet people from all over the world, living in all types of cultures and situations.

The Many Uses of Ham Radio

Why are so many people interested in using ham radio? Ham radio allows people to get outside of the usual control and restrictions of regular phones and Internet and explore a world without limits. It is a hobby and skill that requires learning and a stretching of the mind and abilities. It connects people socially and allows people to expand their network. Though ham radio has been, in many ways, overshadowed by newer technology, it still remains a popular hobby and many are joining in and getting connected.