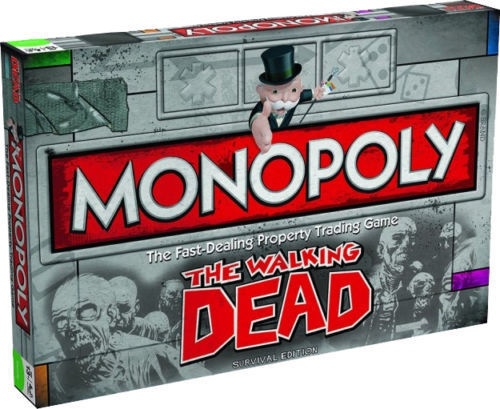 Monopoly Board and Traditional Games

Monopoly, originally derived from another board game, was first introduced to allow people to simulate buying property and help teach people about monopolies, and it advanced into a family board game. Monopoly allows people the chance to buy property, earn money, and bankrupt their opponents.

How many people can play Monopoly?

The classic Hasbro Monopoly game requires at least two people to play the board game. There are versions of the game that state you can have up to six players while others allow up to 10 players. Each person needs their own game piece or token to play. The more people who participate, the more limits there are on how many properties each person can buy.

What is the recommended age for playing Monopoly?

The original Hasbro Monopoly board game recommends players be at least 8 years of age due to the complexity of the game. There is also a Monopoly Junior game, which is geared toward children ages 5 to 7. This game allows kids to advance their token and buy amusement park rides, rather than property. The Monopoly Junior game is made for two to four players to play at a time.

How many versions of Monopoly are there?

It depends on what you want to consider as a version of Monopoly as there are also fictional additions of the game. Since its creation in 1935, there have been over a thousand different versions of the Hasbro Monopoly game made. It is licensed in over 100 countries and printed in more than 35 different languages. Monopoly is often recreated with different themes such as Disney characters, sports teams, television shows, movies, and animals.

How do you play Monopoly?

Players advance their tokens around the board to try to strategically buy and sell a property, utility, or railroad. They can also draw description cards such as Chance or Community Chest to help themselves or deter other players. The goal is to win the most money and try to gain control of every property on the board. The game of Monopoly ends when only one player is left with money and property, having forced everyone else to mortgage their property and into bankruptcy. Different versions of Monopoly may feature themed properties, tokens, and even currency, but the basic game mechanics remain the same. Some versions may add extra mechanics that come into play when Chance or Community Chest cards are drawn.

Content provided for informational purposes only. eBay is not affiliated with or endorsed by Monopoly.