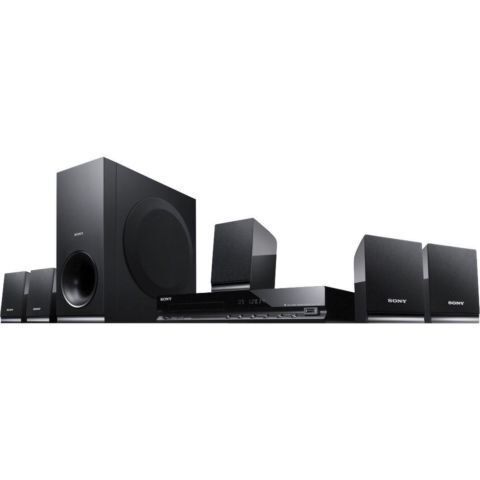 Gain the freedom of enjoying a real cinema experience in the comfort of your home with a Sony home theater system. With the ability to connect your television, media player, and surround sound equipment together, you can watch movies, documentaries, sporting events, and much more. With a variety of different components available, you can design and build your own Sony home theater system to meet your needs.

What is a Sony Home Theater System?

Home theater refers to the audio and video equipment that lets you recreate a cinema experience in your home. Your theater can be as simple as a stand-alone TV, or it can integrate many different components for better picture and sound. Sony manufactures all-in-one kits, often called a "home theater in a box," or you can purchase each individual component separately.

Are Sony components compatible with other brands?

Yes, most audio and video equipment is universal unless it uses a proprietary connection. Sony adheres to industry standards such as HDMI. This makes it possible to connect any DVD or Blu-ray player, for instance, to your Bravia TV via HDMI.

What components does a Sony home theater system have?

Component selection can vary greatly depending on the space available and your goals for the home theater. Devices that are common to many entertainment systems include:

How does a Sony Home Theater System incorporate surround sound?

Surround sound refers to audio formats that allow the listener to experience sound from multiple directions. The encoding can be provided with a TV signal, a DVD, or a video streamed via the Internet through a media streamer. In order to integrate surround sound into your Sony home theater system, you will need one of the following:

What media sources can feed into Sony home theater systems?

Content provided for informational purposes only. eBay is not affiliated with or endorsed by Sony.