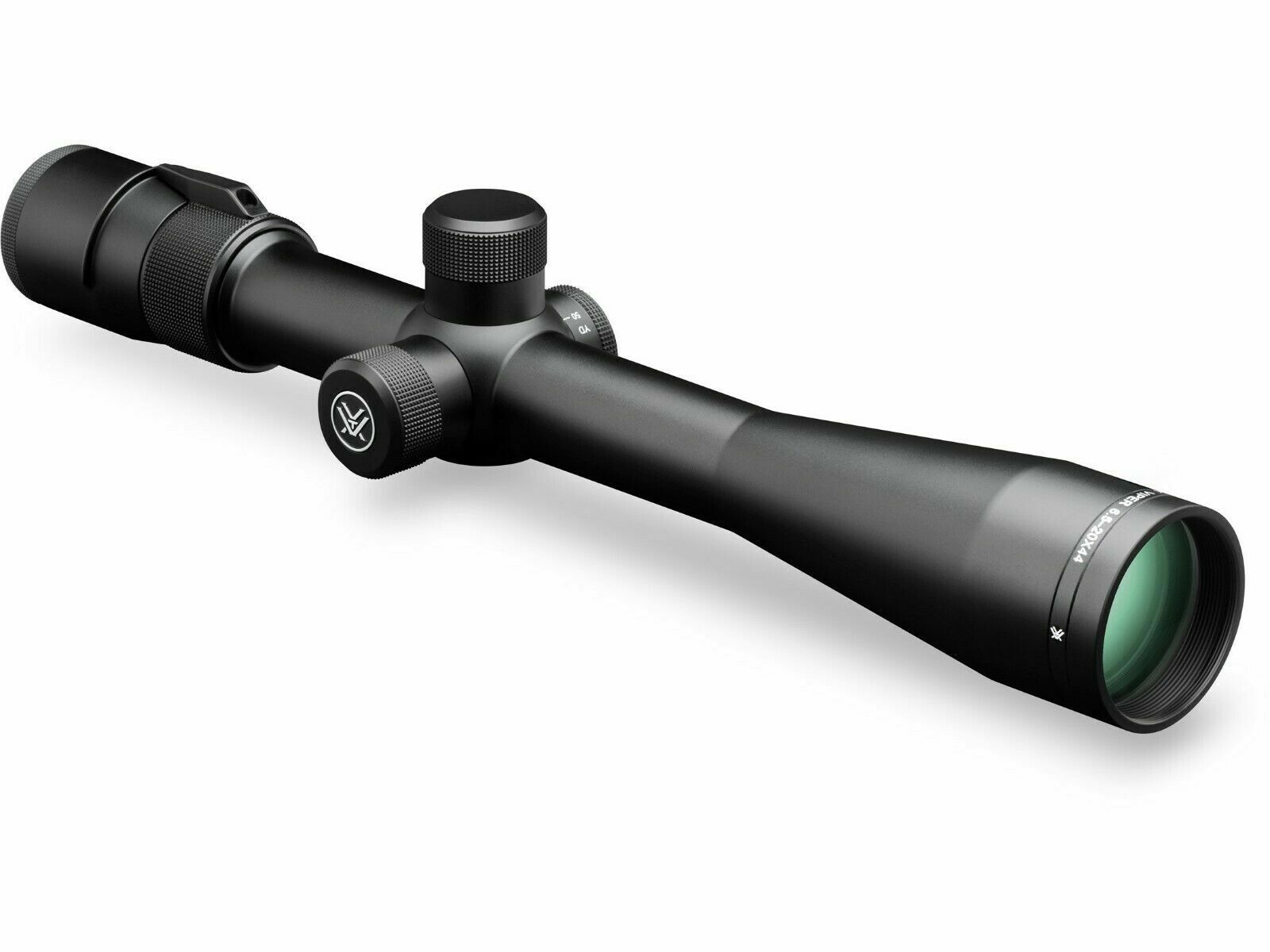 Vortex Optics is an American company that was founded in 2003 by the Hamilton family as a subsidiary of Sheltered Wings, Inc. In addition to hunting rifle scopes, Vortex Optics also produces binoculars, spotting scopes, red dots, and other riflescope accessories. Learn more about the available selection of Vortex hunting rifle scopes through the following questions and answers.

What are riflescope specifications?

Rifle scope specifications, like those found on the Vortex Viper, are the numbers engraved on the outside of the tube. They include magnification and brightness.

What types of reticles are there?

What is the difference between fixed and variable power scopes?

Fixed power scopes use only one specific power that cannot be changed. A variable power scope has various power settings that it can be used to change the magnification.

What do the letters FFP mean on a scope?

How do you clean and maintain rifle scopes?

Over time, dust and dirt accumulate on the lenses which causes deflection of sunlight and affecting the sights, especially in the low light hours of dusk and dawn. To remove them, perform the following steps:

Content provided for informational purposes only. eBay is not affiliated with or endorsed by Vortex Optics.